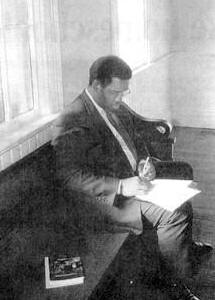 Richard Bailey prepares for a Sunday lecture on the history of Centennial Hill at the Church of the Good Shepherd.

The history and people of one of Montgomery’s oldest neighborhoods were the focus of a special Sunday lecture.

Richard Bailey presented the lecture “An Afternoon in Centennial Hill” Sunday at the Church of the Good Shepherd on South Jackson Street.

The event was sponsored by the Landmarks Foundation and the Centennial Hill Neighborhood Association.

Several present and former residents were on hand to share firsthand knowledge of the community.

Centennial Hill is near the downtown area and includes many notable landmarks, including Alabama State University and Booker T. Washington Magnet High School. 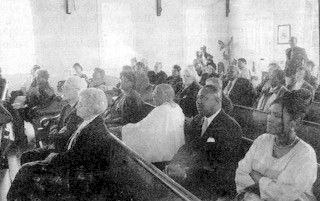 Residents of Centennial Hill listen as Richard Bailey
talks about the history of their subdivision
at the Church of the Good Shepherd on Sunday.

Unit had its role to play in war

Unit had its role to play in war By Frank Mastin, Jr. MONTGOMERY Advertiser Black…

States black officeholders after Civil War had impact NEITHER CARPETBAGGERS NOR SCALAWAGS, Black Officeholders during…